Tesla (TSLA) fell by almost 7 percent today after the company reported second-quarter deliveries, bringing the total for the first half of 2017 to around 47,100, on the low end of the company’s guidance. 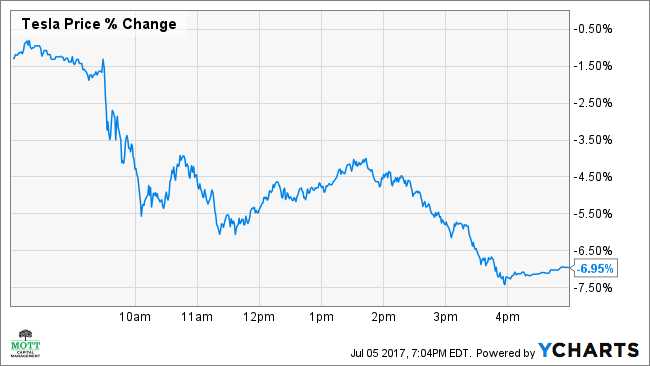 Behind the fall was news of a call from Goldman that Model S & X production has stalled out around 24,000 cars per quarter. 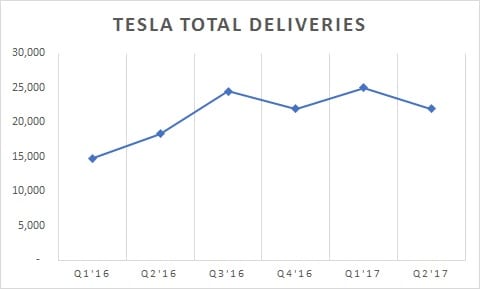 Kind of hard to say it stalled, with the company showing some solid growth rates year-over-year.

Get These Reports Sent To Your Inbox:

Additionally, Tesla delivered in one-quarter, what Porsche North America’s total production in 2017 has been, which is about 27,000 cars.

Then, of course, you can compare that to Audi’s America’s A6, A7, and A8 which year to date have deliveries of a total of 11,860, which is down from nearly 11 percent from a year ago.

Say what you want about Tesla quarterly deliveries, the company seems to be doing something right, in what looks like a challenging luxury market.  These companies like it or not, are currently Tesla’s peer group.

Interestingly today, Volvo also said it would it would begin to phase out combustion engines and offer only hybrid or electric starting 2019.

Additionally, as Tesla ramps up production and the Gigafactory starts running to full functionality, my expectation is for the cost of the battery to be reduced over time. Thus helping to increase the company’s profitably. 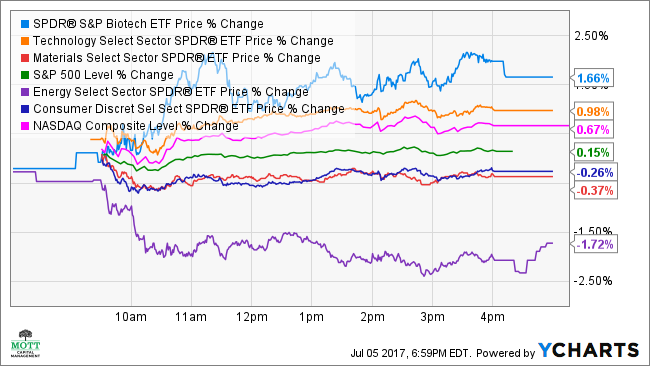 Biotech is now the leading sector once again in 2017, with the XBI up nearly 34 percent. 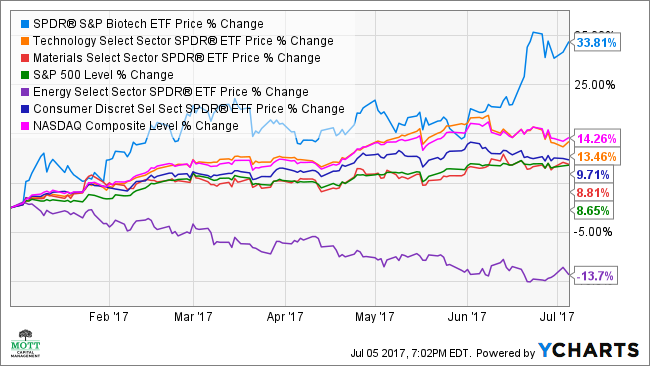 Let Us Write Research For You: Email Us to get pricing information.

If you sign-up on the Seeking Alpha Market Place you get two weeks for free.

Why Tesla’s Stock May Defy The Skeptics

Tech Stocks’ Blazing First Half: Will It Continue?

Mott Capital Management, LLC is a registered investment adviser. Information presented is for educational purposes only and does not intend to make an offer or solicitation for the sale or purchase of any specific securities, investments, or investment strategies. Investments involve risk and unless otherwise stated, are not guaranteed. Be sure to first consult with a qualified financial adviser and/or tax professional before implementing any strategy discussed herein. Upon request, the advisor will provide a list of all recommendation made during the past twelve months. Past performance is not indicative of future performance.