Banks Bounce But Far From a Victory, Plus Micron Netflix, Amazon, Oil, and the Dollar

Well, it was bound to happen eventually right? That’s right; the bank stock went up today! Yay! The BKX and XLF were both down more than 6 percent from their highs for June going into today. If you think one day of the banks rising is a victory, well then I don’t know what to say, but it is not. It like scoring a touchdown in the two-minute drill when your down 49-17 to the Patriots, nobody cares unless you happen to have the fantasy player that scored the touchdown.

JP Morgan has performed the best of the bunch down merely 10 percent from its high in January; the S&P 500 is down half as much. Meanwhile, Goldman, Morgan, and Citigroup are all down 15 percent or more. 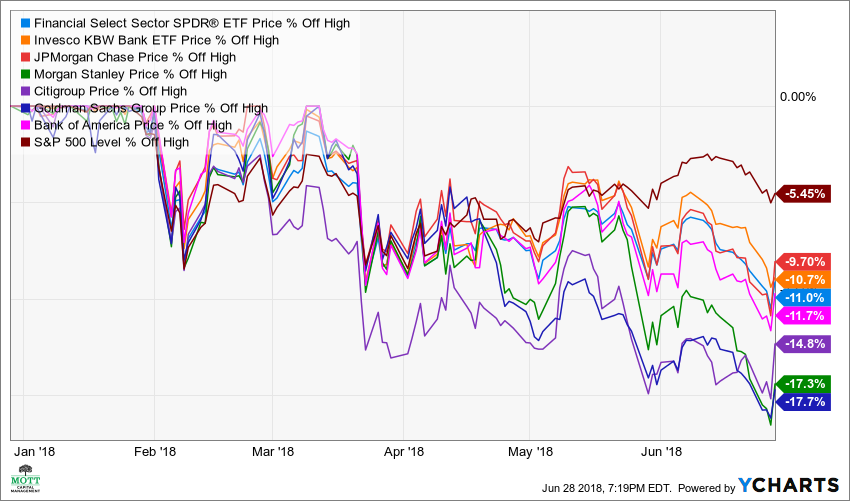 Will the buybacks boost earnings? Sure. The dividend increases are beautiful as well. But I’m not convinced that it will help? Because for the most part, I think all of these things were pretty well telegraphed. So I think caution is still needed in this group.  That is how I feel; you don’t have to agree with me, it is okay. I may not even be right, I’m not right all the time, but one good day is not a victory.

Look at the chart below, and you can see precisely where the BKX stopped rising today, yeah, right at resistance.

Anyway, I’m not your foe in this. I have no long or short positions in any of the banks, puts or calls, although I have been tempted to buy puts on the XLF.  I write about them because I enjoy it, because it serves as a way to make me a better investor understanding different dynamics of the marketplace, and most important because I like to share my views with readers, I’m just trying to help! Take it with a grain of salt.

Anyway, the rest of the market had a nice rally today, and the S&P 500 continued to hold around support at 2,700.  My viewpoint for the stock market is unchanged as of this point over the longer-term, and that is that we move higher.

The XLK Technology ETF also put in a substantial retest of its lows.

Netflix is trying hard to stay above $392, and if you watch Netflix trade, you could see the back and forth all morning long.

Amazon is buying PillPack, a Pharmacy, and that spells bad news for the other pharmacy players. The market reacted as it should! 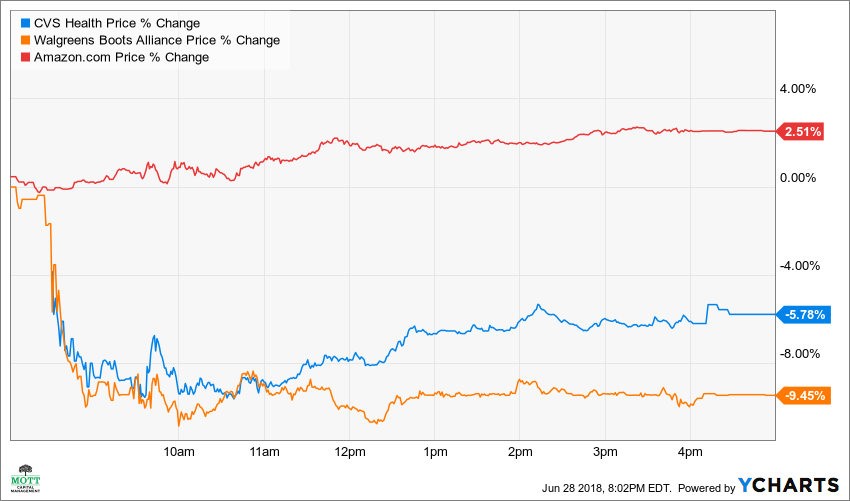 Micron fell below 54 again, and like I have been saying the last few days, the trend is still lower, I’m looking for around $49 to $50.

Oil broke over $73, and now I must choose hold firm on my view that Oil is going lower, or throw in the towel an admit defeat! Right now, I’m holding firm, with the belief the rally will not last. But I’m watching the dollar more than Oil right now, and the dollar is struggling to get over 95.5, and if  it reverses lower, than I may be forced to change my view on oil. We’ll see.

Anyway, that’s it for today; I’m wiped out, as in feeling tired.