The week of March 18 will be a pretty big one. The Fed will hold its March meeting. Expectations are for no rate hike, and the market still widely expects no rate hike in 2019, with a 30% chance of a rate cut. 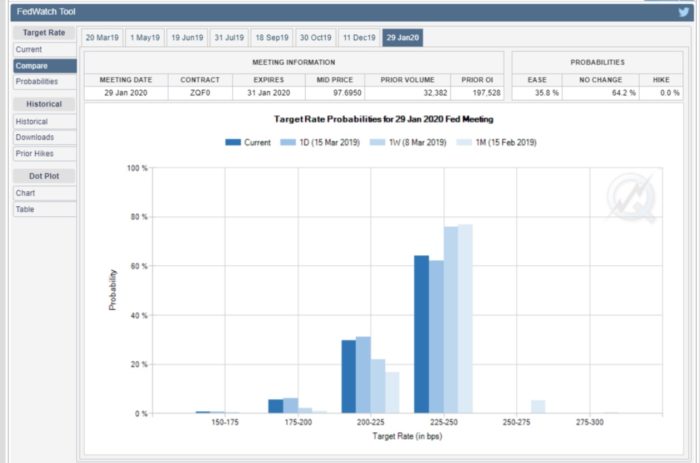 First quarter GDP forecasts are still very weak, with the Atlanta Fed GDPNow projecting growth of 0.4%. The CNBC Rapid Update expects growth of 1.4%. A pretty wide-spread between the two. It is worth noting that since 2015, the first quarter has typically been the weakest quarter of the year.

The economic slowdown is of no surprise to anyone. However, the current earnings estimates would suggest that the first quarter is likely to be the trough in the cycle with growth slowly recovering in the quarters to follow. 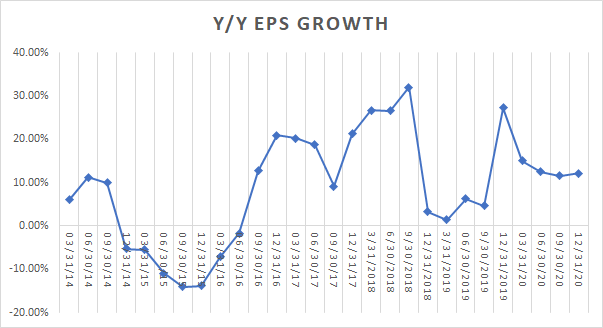 We have pointed out over the weeks the rebounding prices in many of the critical commodities. But another product that we talk about a lot, but not in the context of commodities are semiconductors. Semiconductors may be just as crucial in today’s world as copper or any industrial metal. Think about the number of devices in your life that use chips, from refrigerator, cars, phones, watches, nearly every device today in our lives use Chips.

Broadcom may have made the most significant statement that went untold and it indicates that the global economy may be bottoming. On their fiscal first quarter 2019 conference call Hock Tan, the CEO, said:

Many of our peers have commented that they are seeing a softening demand environment, especially out of China. While we are experiencing the same demand dynamics, we have factored in much of this macroeconomic backdrop when we provided fiscal 2019 guidance last quarter.

As a result, after a solid start to the year, we are reaffirming our fiscal 2019 revenue guidance of $24.5 billion. Having said that, we expect our semiconductor business to bottom in the second fiscal quarter, driven almost entirely by the seasonal drop in wireless.

After peaking in March of 2018, the PHLX Semiconductor Index, after plunging more than 25% from those highs in December, is now just 3.8% off its all-time highs.  Additionally, we see can that the RSI on the index is breaking out and seeing a significant reversal in trend, a bullish trend.

We will get some more clues this week when shipping giant FedEx reports results on March 20. The stock plunged at the end of 2018 after reporting weak results and warned of an economic slowdown in December.

The stock has rebounded well off the lows but has been unable to break out struggling at resistance around at $184.

It was in December that I wrote the following about FedEx:

There was this commentary from FedEx earlier this week, which admittedly isn’t great, but it certainly doesn’t make one think the world is grinding to a halt and going into decline.

In the U.S., growth remains solid, driven by robust consumer spending in favorable conditions in the industrial sector. Internationally, economic strength seen earlier this year has given way to a slowdown. The peak for global economic growth now appears to be behind us.

We will need to listen for these types of clues out of FedEx when it reports results this week.

Additionally, Nike will report results this week, and it hasn’t taken long for the stock to race to new all-time highs, with the potential to go even higher.

In December I noted these comments from Nike:

Then there is new from Nike, which reported earnings results last week. It sure doesn’t sound like Nike sees many issues in China. From their conference call:

Then they had this to say about the current trade conflict:

While there has been uncertainty of late regarding U.S., China relations, we have not seen any impact on our business. NIKE continues to win with the consumer in China. For over three decades, NIKE has been a brand of China, for China. We’ve connected deeply with the consumer here through our key city focus on Shanghai and Beijing.

Again, these are the types of clues that can tell us the general direction of the economy going forward.

Finally, Micron will report this week too, and the stock has struggled lately on concerns of weak DRAM demand.

The stock has fallen sharply in recent days as a result which admittedly is not the greatest of signs. However expectations had built that the outlook for the business would improve in the second half of 2019,  it will be essential to see if that is still the case.

Yes, this week will be very important.