Previewing Micron, Plus Breakout’s In Netflix, Apple- The Week Ahead

Believe it or not, the week of December 18 will be the last full week of 2017. The following week will be cut short by one day, due to the Christmas holiday. 2017 seems have gone fast, and for the most part was a very a good year.

The S&P 500 is up by nearly 20 percent on the year, and it surely had a spectacular run since October, when it was only up by 12.5 percent. With Tax reform now pretty much wrapped up, and all the major central bank meeting now behind us, it would seem there is little if any reason for the S&P 500 not to continue to rise over the next nine trading session.

Consumer discretionary stocks like Home Depot, McDonald’s, Costco, and WalMart have had incredible runs, nearly on par with the like of Amazon and Netflix. The gains in the group are pretty amazing, Costco is the worst performing name, and it is up nearly 21 percent. 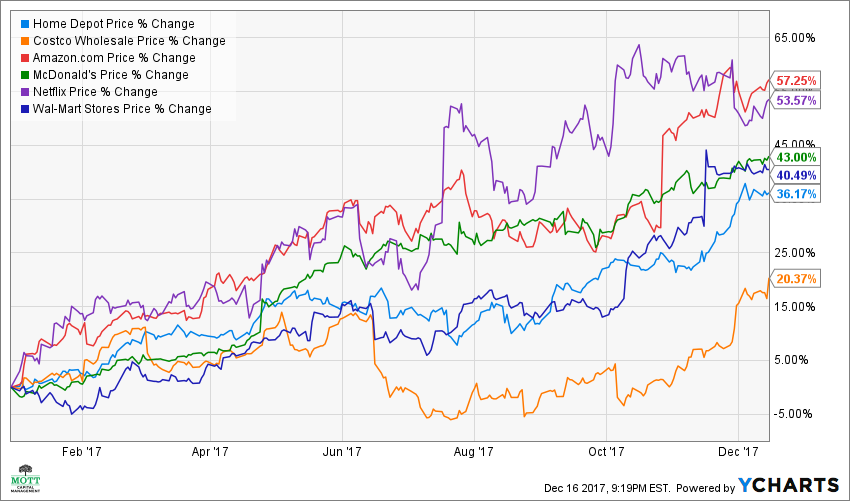 Micron will come into focus this week when it reports fiscal first-quarter results. Analysts consensus estimates are looking for the Micron’s revenue to have climbed by 23.5 percent to $25.10 billion while looking for earnings to be up by 61.2 percent to $8.00.

Analysts revenue and earnings estimates for Micron’s current quarter have been steadily rising over the past three months. 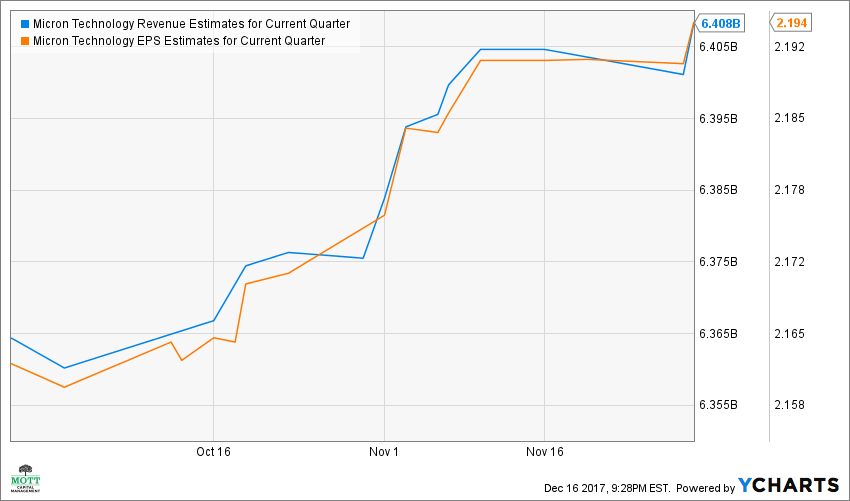 But the market has been nervous about Micron going into this print, with shares of the down over 14 percent since the end of November. 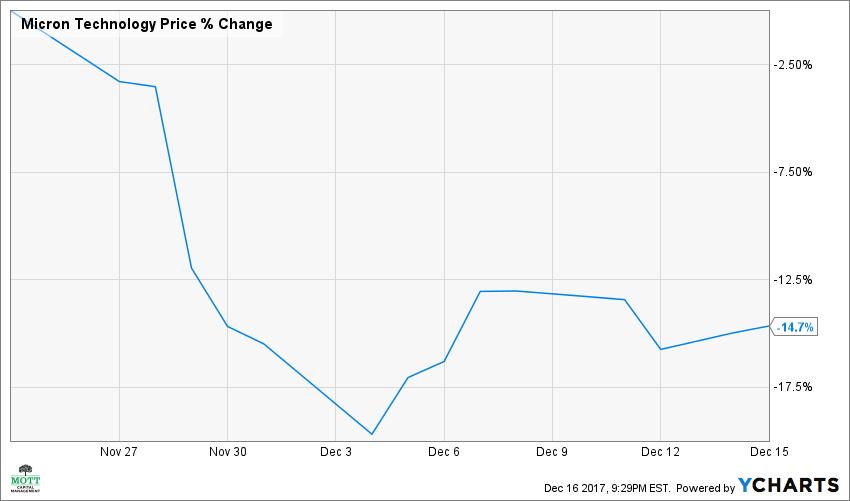 Micron stock has a lot riding on this coming quarter’s results, for sure.

Tesla shares have rallied sharply since December 5, up by about 13 percent. Reports of Model 3 production nearing  5,000 per week is helping to lift shares. In fact, the article even site a google sheet owners are now piecing together.  The techincal chart suggest the stock might get a push above $350 this week.

Netflix was able to rise above resistance around $190 this past week, and that breakout could help to push shares back to over $200.

Facebook shares are also nearing a breakout; should shares cross $180 this coming week, it would signal a breakout and higher price to come.

AMD has been very tricky lately. I have poorly struggled with trying to get this one right. Every time I think it is about to rise, it falls, and vice versa. The chart has looked bearish to me in recent days, but then the stock goes and has a solid day on Friday, making me think a reversal to the upside is now coming. But I have lost my way on this stock, so it is anyone’s guess.

The one thing I do know is that after an amazing run in 2016, 2017 has been a major disappointment for AMD and its shareholders.

Activision Blizzard, had a rough started to December, but not only has shares recovery, but they have also broken out as well.

Apple is on the cusp of a significant breakout too.

Hope this helps you get your week started! Good Luck

Premium Content: Benefits include the ability to reach out to Mike with questions through a chat room, direct message, or comments.

Disney- The Market Finally Get’s It

Why Tesla Could Double, And Nvidia Could Get Cut In Half

Why The S&P500 Could Melt-Up Into Year End

Watch my interview with Cheddar

Top 3 Predictions for the 2018 Market

Seeking Alpha Author Michael Kramer joins Cheddar to give his top three predictions for 2018 market trends. The first one: Tesla will hit a $100 billion market cap! He explains why he’s comparing the auto company to Amazon in his analysis and prediction.

Disney Is Poised to Break Out on Fox Deal

Nvidia’s 11% Plunge May Be Just the Start

Why Qualcomm May Have To Pay 20% or More For NXP

These 2 Suppliers Can Survive Without Apple

FANGs Are Cheaper Than Soda and Burger Stocks

Why Visa and MasterCard May Have Fallen Too Far

Why Tesla’s Stock Could Rally Into Yearend

Disney’s Stock Advance Could Be Just The Beginning

Netflix Shares Could Be Headed Lower

We offer a lot of great commentaries all week talking about the major and relevant market events. Be sure to subscribe to get all our free commentaries sent directly to your inbox or follow us on Twitter.

© 2017 Mott Capital Management, LLC.  Use, publication or reproduction in any media prohibited without the permission of the copyright holder.